Where to invest and with which permissions? 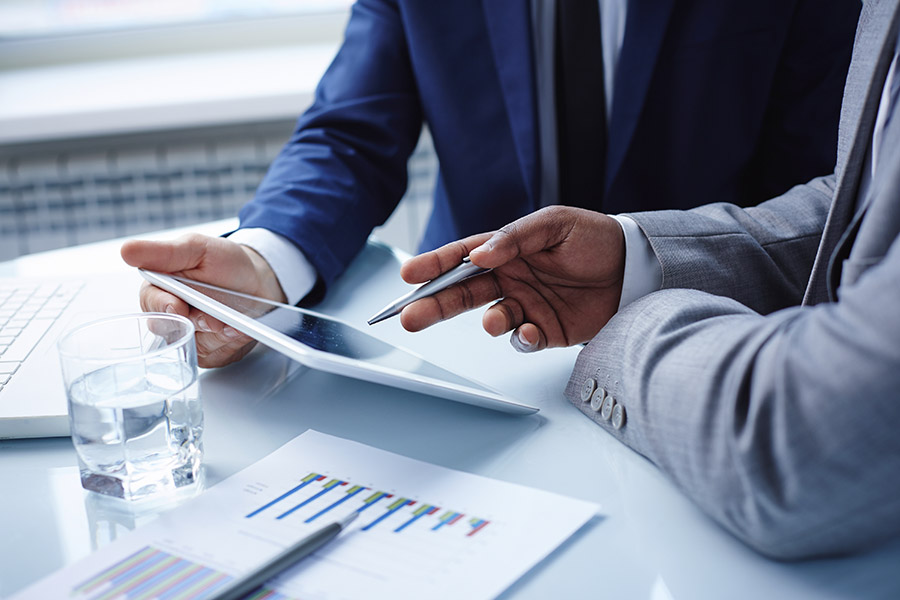 AFRIKA FORWARD was established in October 2016, as a result of the desire of its shareholders to meet specifically and consistently the concerns of international and local economic operators wishing to do business in Côte d'Ivoire.

We are a consulting firm specializing in business establishment and development, with a good command of the business environment in Côte d'Ivoire, a proven expertise in the fields of investment promotion and private sector development.

A young and dynamic team with more than 15 years of professional experience and countless professional achievements in the support and development of companies.


Africa is no longer the continent of the future but the continent of the present in terms of attractiveness regarding investment. With less than 15% of its natural resources exploited and population projections exploding, as well as an ever-increasing purchasing power of its populations, the African continent is attracting more and more investors.

In West Africa, Côte d'Ivoire, as a historical leading business center in the French-speaking sub-region has experienced an economic boom for several years and ranks among the 10 world countries with the highest GDP growth rate. More than 75% of businessmen who perform economic missions in Côte d'Ivoire are on an exploratory mission.

Their approach chiefly consists from a chronological point of view in investigating the market, finding potential customers, selling their products/services, finding a representative, and then installing a subsidiary. Yet, the ivorian market, more than a highly competitive market from the expertise point of view, is chiefly a market of network. Businessmen therefore, need credible partners in Côte d'Ivoire with a good understanding of the environment.

There is a need for credible companies with an unquestionable command of the ivorian economic environment as well as the tips and tricks of public administration; a need for a firm positioning itself as a privileged partner.

AFRIKA FORWARD was founded to address these concerns.

Nothing great has ever been accomplished without passion.
Hegel

AFRIKA FORWARD is all about ensuring that you benefit from the solutions that are best suited to your company's needs.

We assist investors to enable them to benefit from:

Drafting of legal acts and follow-up of all procedures up to the administrative creation of companies of all types:

Through our reliable and secure partnerships, we offer our clients a single gateway and follow-up for several investment-related services, including:

AFRIKA FORWARD is made up of a professional, dynamic, young and experienced team.

He completed his graduate studies in Lyon, France and then in Montreal, Canada, at Concordia University and at the Université du Québec à Montréal (UQAM). 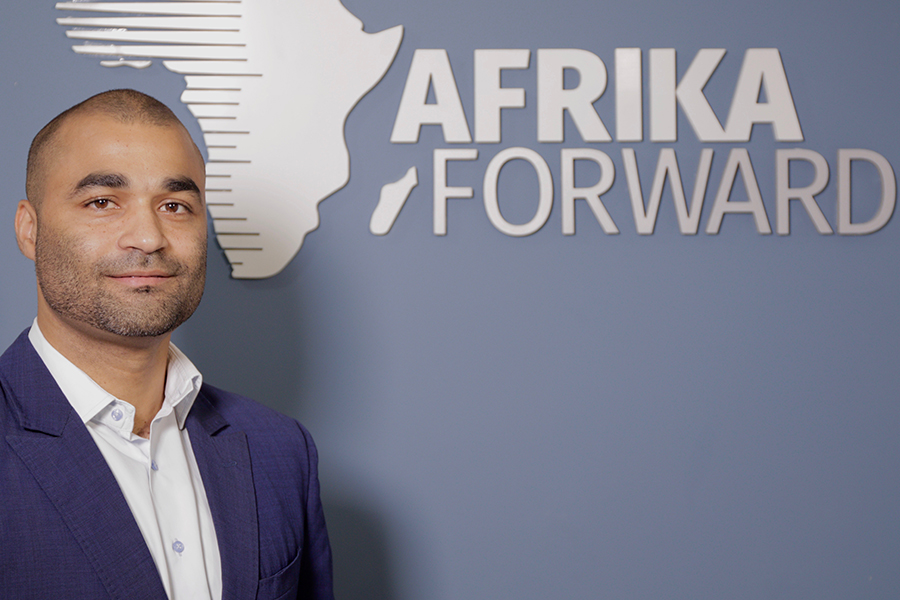 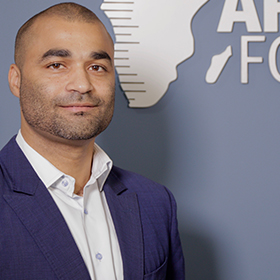 He completed his graduate studies in Lyon, France and then in Montreal, Canada, at Concordia University and at the Université du Québec à Montréal (UQAM).

He joined the Centre de Promotion des Investissements en Côte d'Ivoire (CEPICI) in 2009 where he held several positions the last of which up to the end of 2016 as Head of the Investment Attractiveness Department.

As part of his activities, Mr. KETY played a key role in coining CEPICI's investment attractiveness and targeting strategy.

He has coordinated the organization of a wide range of investment forums and economic missions in Côte d'Ivoire and abroad.

Some of the highlights include his active participation and involvement in the success of the Private Sector Days of the Advisory Groups for the funding of the National Development Plan (NDP) in 2012 and 2016 in Paris (World Bank) and the Forum Investir en Côte d'Ivoire (ICI 2014).

Guillaume KETY has specialized in the promotion and development of the private sector, investment promotion and business relations. 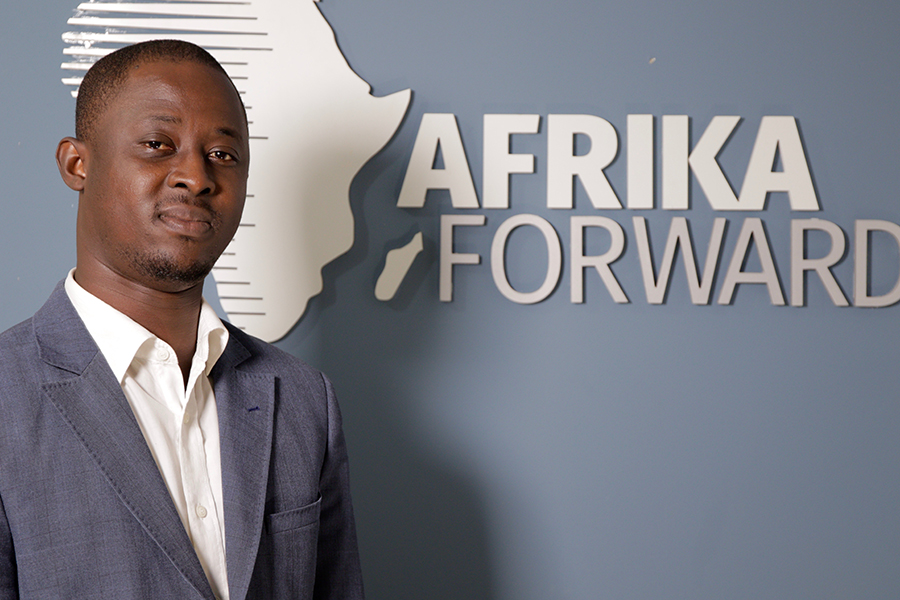 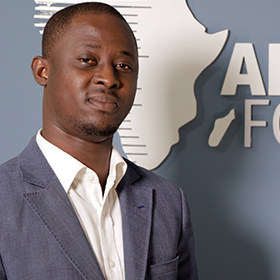 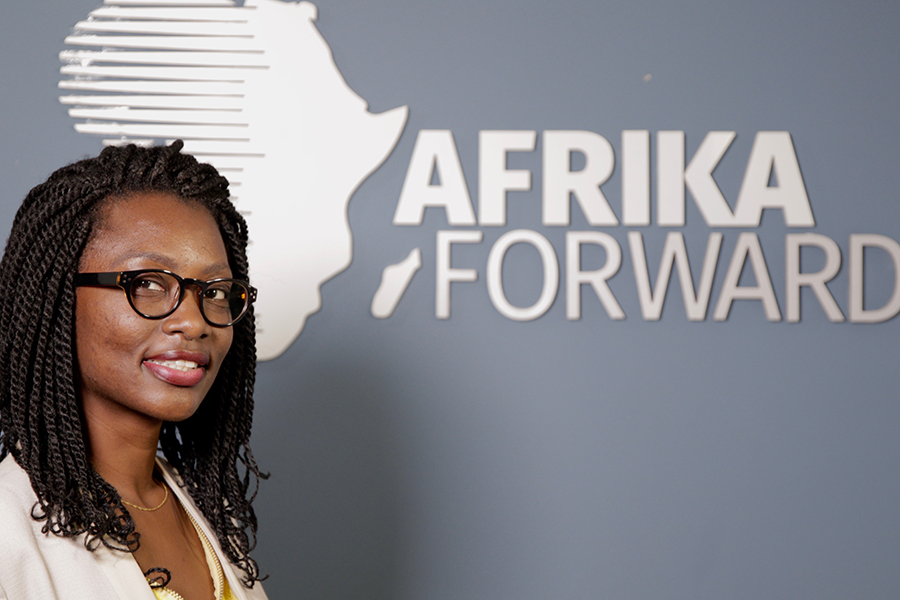 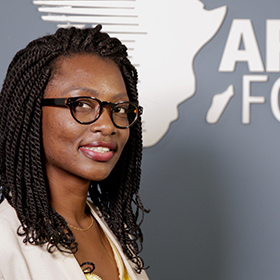 She completed her higher education in France, precisely at the University of Strasbourg, then at the Jean Moulin University in Lyon.

As a Master's degree holder in Applied Foreign Languages - English-Spanish - Business Management, she joined the Spanish holding company Grupo Pefaco in Barcelona, Spain, in 2015, where she held the position of Business Development Manager for Africa.

As part of her activities, Emmeline MAWU TION participated in the Pefaco group's strategy to expand into Togo and Congo Brazzaville.

She was involved in the process of building two 5-star hotels in Oyo and Brazzaville, Congo.

Emmeline MAWU TION is specialized in business management, business start-up and assistance in setting up companies. 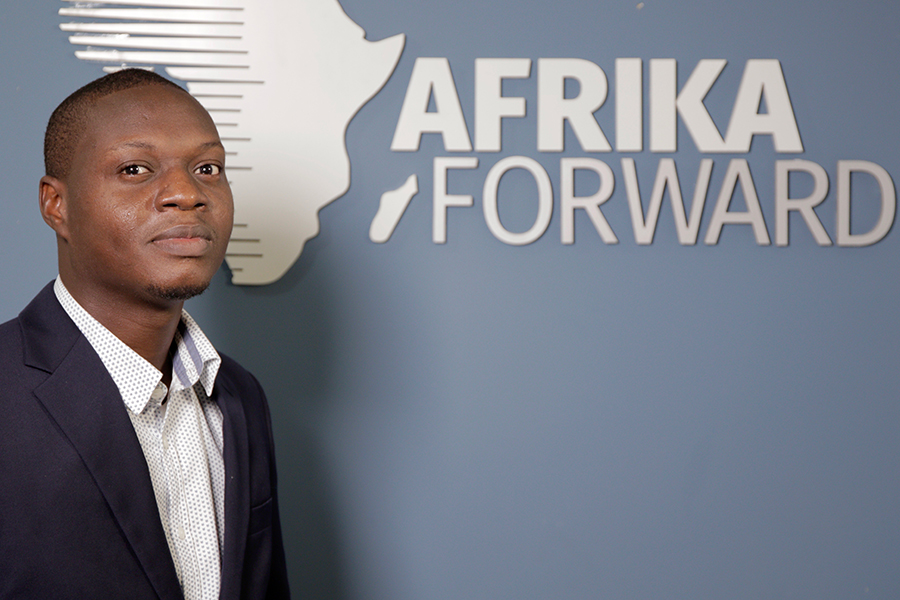 As a Bachelor's degree holder in Administrative Management and an MBA in Finance and Marketing, he worked for Amplexor International. 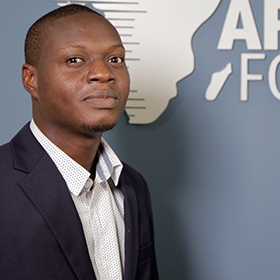 He completed his graduate studies in India, first at Madras University (Chennai) and then at the Indian Institute of Knowledge and Management (Chennai).

As a Bachelor's degree holder in Administrative Management and an MBA in Finance and Marketing, he worked for Amplexor International.

Upon his return to Côte d'Ivoire, he joined the accounting firm Eben-Ezer where he held the position of Financial Analyst.

As part of his studies, Yves-Jonas ATOUNGBRE participated in the financial analysis of several companies in Côte d'Ivoire from multiple sectors of activity, including construction, agro-industry, transport, etc.

AFRIKA FORWARD has decided to surround itself with safe and qualified partners to guarantee investors a quality service. 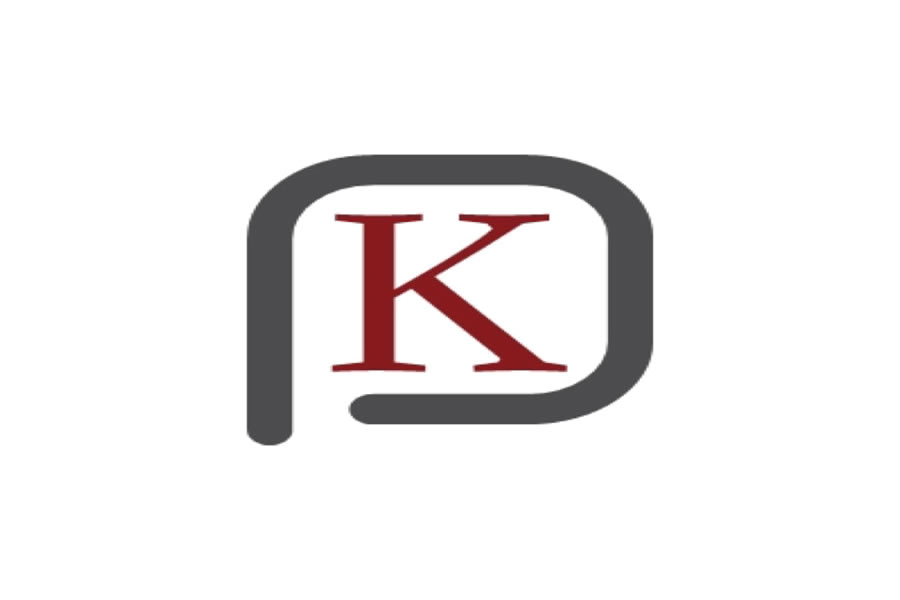 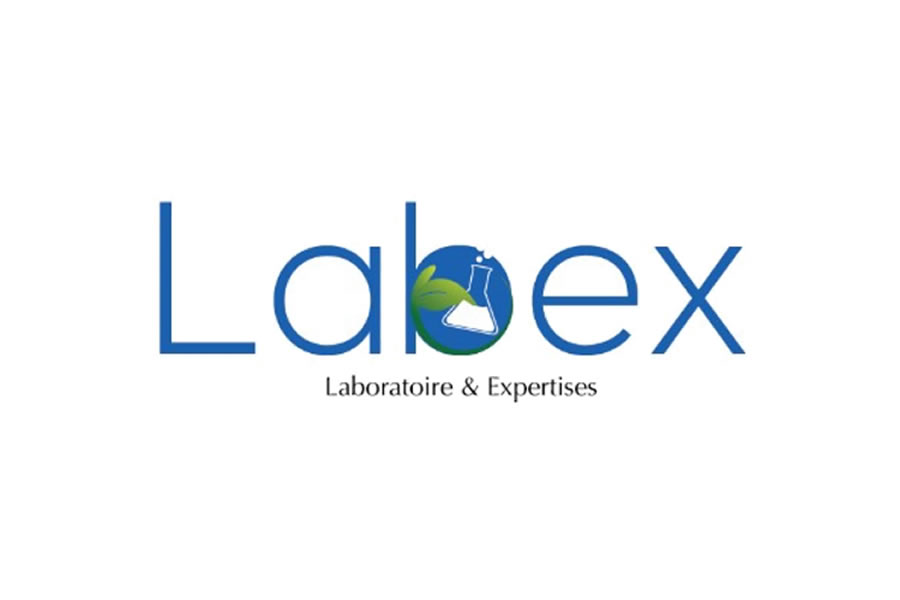 AFRIKA FORWARD is distinguished by the diversity of origin and sectors of activity of its clients and partners. 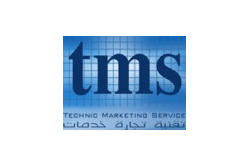 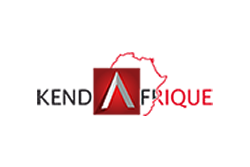 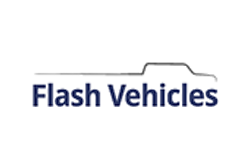 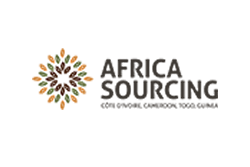 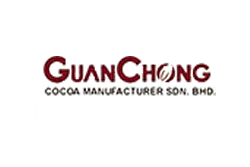 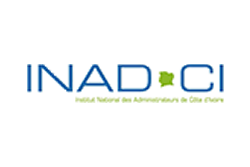 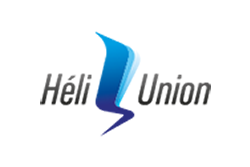 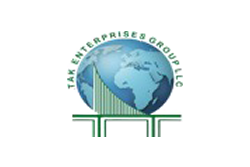 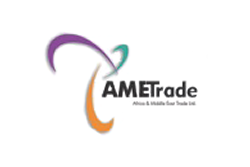 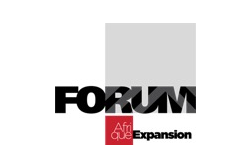 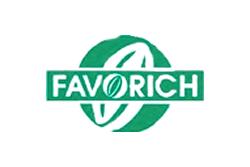 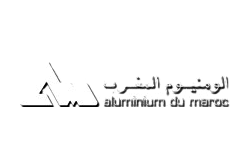 Benefit from the advantages of the investment code, it is possible with AFRIKA FORWARD

Large Shopping Centers According To The Investment Code

By ordinance n ° 2018-646 of August 1, 2018 on the investment code, reinforced by decree n ° 2018-647 of August 1, 2018 and by ordinance n ° 2019-1088 of December 18, 2019, the Government of Côte d 'Ivoire has defined the regulations in force relating to investments. These decrees and ordinances define the advantages granted to investors, the criteria and conditions eligibility for these benefits as well as the guarantees and obligations of investors. One of the innovations of the 2018 code is the confirmation of the eligibility of large shopping centers called "Malls" to the advantages of said code. In fact, in the initial version of the previous code (2012), shopping centers, being assimilated to a retail activity, were not eligible. However, it should be noted that between 2012 and 2018, a derogation was made to allow this activity to be eligible, under certain conditions

Through the ordinance n° 2018-646 of August 1, 2018 on the investment code, modified by decree n° 2019-1088 of 18 December 2019, the Government of Côte d'Ivoire has defined the new regulations in force relating to investments. In order to promote certain sectors of activity, The Government of Côte d'Ivoire has published ordinance n°. 2019-587 of July 03, 2019 and ordinance n°. 2019-826 of October 09, 2019, instituting specific tax incentive measures to the investments made respectively in the sectors of processing cashew nuts and hevea.

Afrika Forward makes every effort to answer your questions and satisfy your requests.